In 1992, the Atlanta Fantasy Fair made the bold decision to leave downtown Atlanta. Actually, that decision was the result of forces far beyond the control of any Fantasy Fair anywhere; the 1988 Democratic National Convention took place in Atlanta in the summer of 1988 and it threw a wrench into the plans of every single trade show, festival, convention, and gathering that wanted to happen anywhere in the metro area.  Scheduling for every kind of show was wrecked for years to come. AFF lost their coveted Omni/WCC space in 1988, managed to get it back in 1990, then lost it again for the 1991 show. Convention space downtown was in demand, prices were rising, competition was fierce, and the Georgia International Convention Center down by the airport was eager for business. The GICC and the accompanying Hyatt - later a Sheraton - were built in 1985, and in 1992 the place still had that new facility gleam. This would be home for the next two Atlanta Fantasy Fairs.
Guests for the 1992 AFF included author Peter David, Flaming Carrot artist/writer Bob Burden, fantasy author Stephen R. Donaldson, Star Trek actor Colm Meaney, Star Trek and future Sex In The City star Kim Cattrall, and Aliens android Lance Henriksen, who cancelled his AFF appearance due to contractual obligations- he was shooting the canine horror movie Man's Best Friend, so I'm told. 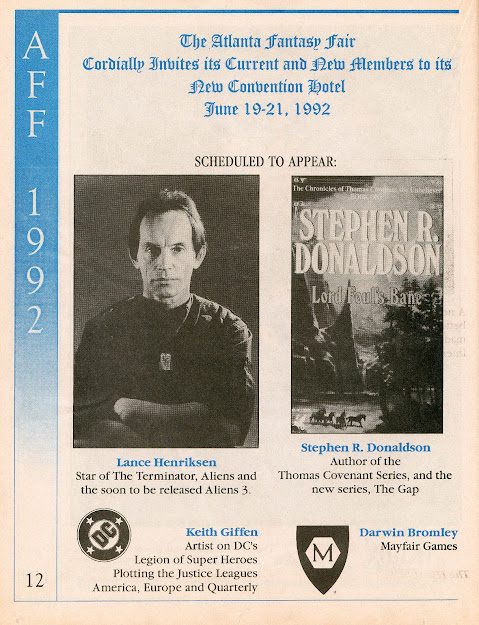 I was on staff this year, having recruited a crew of fellow anime nerds to handle the anime room. When we weren't screening screechy 1970s super robot epics to a bewildered audience, we were roaming the halls using the convention as a location for our goofball SF epic "The Ozone Commandos." Part One of this film is available to watch on YouTube! 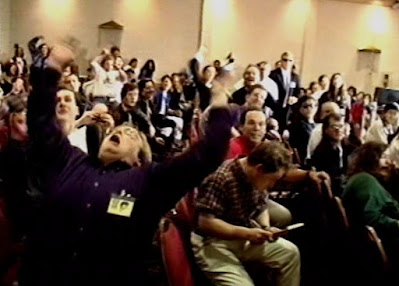 My recollection of 1992 is it felt really strange not having the AFF in downtown Atlanta. For suburbanites such as ourselves, that Omni-Hilton-Hyatt-Marriott nexus was part of the package, lending an excitement to the convention experience that the GICC, ten miles south of downtown, simply did not have. Sure, the GICC was convenient to the airport. I guess if you lived in College Park or Hapeville it was wonderful. But for the rest of us, it was a bit more of a hike down to Riverdale Rd, where the GICC sat among the pine trees and industrial parks south of the airport.
Dining options were limited to the Ruby Tuesday's across the street, if you didn't feel like driving over to Old National Highway and eating a late night breakfast while staring at the giant display of pies and cakes in the diner at Old National & Sullivan that isn't there any more.
The fans grumbled some. I remember seeing the same look of "where the hell are we" on a lot of attendees' faces as they opened their car doors and gazed at this outpost of fandom set among the rolling hills of what, once you get south of Hartsfield, feels less north and more central Georgia. The grumbling intensified as the AFF congoers learned Henriksen wasn't coming. I had particular sympathy for the crew of a minivan that had decorated their windows with Henriksen-themed messages. Who knew he had such devoted fans, and what a bummer for them!


I do remember some hallway drama as one of the AFF directors found out another, competing convention was going to host a room party in their room at the Hyatt, and it became a how dare they, this aggression will not stand, man, sort of moment. The AFF was in a transitional phase that year and not just transitioning down I-85. The ballistic arc of the festival's growth had reached its apogee and was now gently bending downwards. Competition between conventions is real, and when fans start having more fun at other shows, your show had better find something fun to give the fans, or start looking at smaller facilities.
The AFF at the time seemed to be staffed by two different sets of people - a crew of younger fans who'd grown up with the show and wanted to kick it up a notch, expanding into new events and areas, and an older administrative circle that was mostly interested in selling shirts and vendors tables, meeting low-level Hollywood types, and otherwise not rocking the boat. The AFF had lost its contacts with the major comic book companies, didn't have the knowledge base, the budget, or the interest to push the show in new directions, and was seemingly content to deliver guests other conventions didn't want, in venues other conventions didn't want. That's not a strategy for success.
In the meantime there was enough of a crowd at the 1992 AFF to make things seem like business as usual, for a little while anyway. The convention would hold its 1992 and 1993 shows at the GICC. In 1994 the Atlanta Fantasy Fair would move to the exact opposite side of Atlanta, to the Crowne Plaza at Perimeter Mall, subsequently wrapping things up at the Castlegate in 1995, just in time for Anime Weekend Atlanta to have its first show at the Castlegate later that year.
Coincidentally, our anime convention would continue to follow in AFF's footsteps, holding AWA 3 and 4 at the Century Center site of AFF's 1979 show. And in 2001 and 2002 AWA would find itself down at the Georgia International Convention Center and its attendant Sheraton, formerly the Hyatt. The facility hadn't changed much in ten years, it was more or less the right size for three and a half thousand anime fans to get together, even if that Ruby Tuesday's was still awful.
AWA might have stuck around there for another year or so. However, the GICC informed AWA that the convention center and the hotel were both about to be demolished to make way for a new runway at Hartsfield-Jackson Airport. Not to worry, a new GICC was being constructed a few miles away on the other side of I-285. Would that suit AWA? Well, turns out that new GICC wasn't going to have a hotel attached to it at the present time, and that was a deal-killer for the anime con. Probably a deal-killer for any other fan convention, to be honest, where half the fun of the show are late night room parties and social gatherings, hard to do in a convention center that shuts its doors at 7pm. At any rate, that new GICC wouldn't wind up opening until 2009. 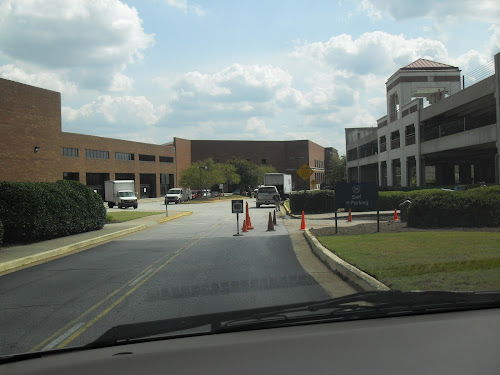 The new GICC eventually got some hotels nearby, but AWA moved north to the Waverly and the Cobb Galleria Convention Center in 2003 and has been there ever since. In the meantime, what of the former GICC and the Sheraton? Apparently Hartsfield-Jackson didn't really need that runway extension. Both buildings are still standing and have been used for a wide variety of purposes in the past decade - housing Katrina refugees and becoming a movie soundstage for several different film productions, including parts of Avengers: Infinity War. Things have come full circle, I suppose.
If you want to experience a little bit of AFF 1992, please check out Christine Klimshuk's video of the convention and her award-winning costume contest presentation!  Thanks to Christine and to Matt Murray for some of the images used in this post.